Team of the University of Vienna shines in the World-Final

The Manfred Lachs Space Law Moot Court is a public international law competition organised each year by the International Institute of Space Law (IISL). The team from the University of Vienna was very successful this year: it won the European Regional Rounds and moved forward to the  World Final, reaching second place and winning the Best Memorial Award as well as the award for the Best Oralist. 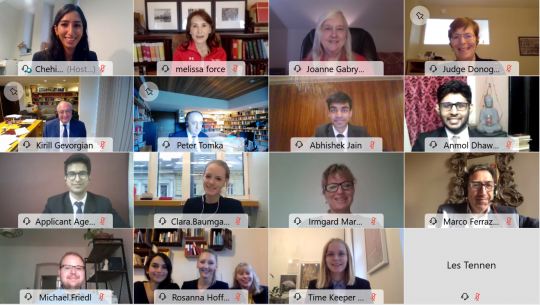 Differences of opinion on an international space station about a change of course lead to a serious collision with space debris. A spaceship is damaged, and an astronaut dies. Eventually, the participating states bring claims against each other before the International Court of Justice.

This scenario provided the basis for lively discussions between teams of students from numerous universities around the world at the annual international Manfred Lachs Space Law Moot Court.

Regional Rounds determined the winners from Europe, Asia, Africa and North America who competed in the World Final. The students’ task was to find legal arguments for both parties to the dispute and to submit them in written memorials and in oral pleadings in the English language. The European Regional Round was organised at the Vienna Juridicum this year. Due to the restrictions connected to the outbreak of the Corona virus, they were carried out online at the beginning of June. The team of the University of Vienna was the winner and Hristina Talkova was received the Best Oralist Award. 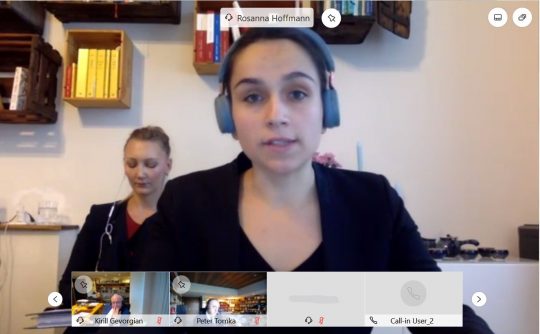 Due to the pandemic, the World Finals were also held online on 23 October. The team of the University of Vienna, consisting of Katharina Harreiter, Rosanna Hoffmann und Hristina Talkova, won the World Semi-Final against the University of Pretoria (South Africa) and moved on to the World Final, competing against the team from the National Law University Delhi (India). After strong pleadings by both teams the jury, consisting of sitting judges of the International Court of Justice, Peter Tomka (Slovakia, President), Joan Donoghue (USA) and Kirill Gevorgian (Russia) declared the team of the National Law University Delhi (India) as the winner. The University of Vienna received the World Best Memorial Award, and Hristina Talkova was again crowned as Best Oralist. 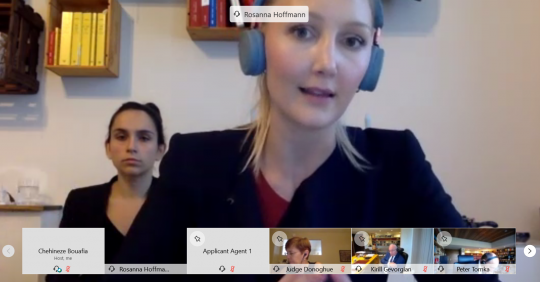 The team was coached by Clara Baumgartner and Michael Friedl, who themselves participated in the Space Law Moot Court a few years ago. Since then, they have been supporting the subsequent teams, this year as university assistants in a joint course. The University of Vienna has been participating in this competition since 2012 on the initiative of Professor Irmgard Marboe at the Section for International Law and International Relations. After reaching the finals of the European Rounds in 2019, becoming the Vice-World Champion this year is the most successful result so far.